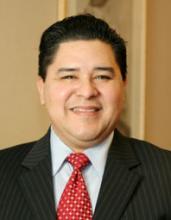 As a panelist at the 2013 EdSource Symposium on Saturday, May 4th, Richard Carranza expressed his support for Governor Brown’s Local Control Funding Formula (LCFF).  He argued that this proposed re-design of California’s school finance system would give districts much needed flexibility over use of use of funds as well as recognize the higher level of resources required to educate students who are living in poverty and/or whose primary language is not English.  Carranza also argued that the LCFF proposal is fundamentally an approach in service of equity.  “We already have a system of winners and losers.  We know who the losers are and we know what they look [like]…If we are talking about a well-educated populous, that [populous] is diverse. That is our strength and what makes us innovative.  This goes to heart of the American dream.”

Carranza also advocated for the LCFF in a recent op-ed appearing in the San Francisco Examiner. Not only would the LCFF allocate dollars in a more equitable way (with no district receiving less than it received in the 2012-13 school year) and allow districts the flexibility to address local needs, but Carranza argues that the LCFF is an important step toward raising the overall level of funding that California directs toward education.  While California currently ranks 47th out of 50 states in per-pupil funding, under Governor Brown’s proposal, the state-wide average could grow from $6,565 to as much as $10,450  per-pupil in the next five years.  Fundamentally, Carranza argues, providing equitable and adequate levels of resources for all students is not only the right thing for students, but is critical to the state’s future economic health.