Sacramento Bee Features Mike Kirst as Californian to Watch in 2014 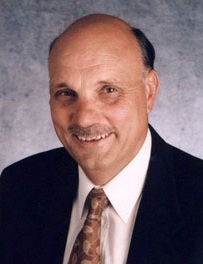 The Sacramento Bee featured State Board of Education (SBE) president Michael Kirst as one of seven Californians to Watch in 2014. Building on a fifty year career in the education policy realm that has included roles in the U.S. Bureau of the Budget, at Stanford University, and in two stints with the SBE, Kirst will play a major role the upcoming year in guiding implementation of the Local Control Funding Formula (LCFF), a new system of resource allocation designed to more equitably allocate money to California public school districts. While the article characterizes the LCFF as a strong improvement over the state's previous convoluted system of school funding, disputes remain about the state's role in the money's use and the balance between preserving local flexibility and ensuring that resources go to meet the needs of the students who generate them. Despite these different perspectives, President Kirst remains optimistic about the LCFF's potential to improve California education. The article describes upcoming SBE actions that will guide LCFF implementation, including a January decision on regulations on the use of the formula's supplemental and concentration funds, a template for districts to submit detailed three-year Local Control and Accountability Plans, and a plan to measure district performance in meeting LCFF parameters. Kirst and the SBE will continue to play a prominent role in negotiating compromise among different stakeholder groups while ensuring that the LCFF meets its original goals of equity, local control, and accountability.